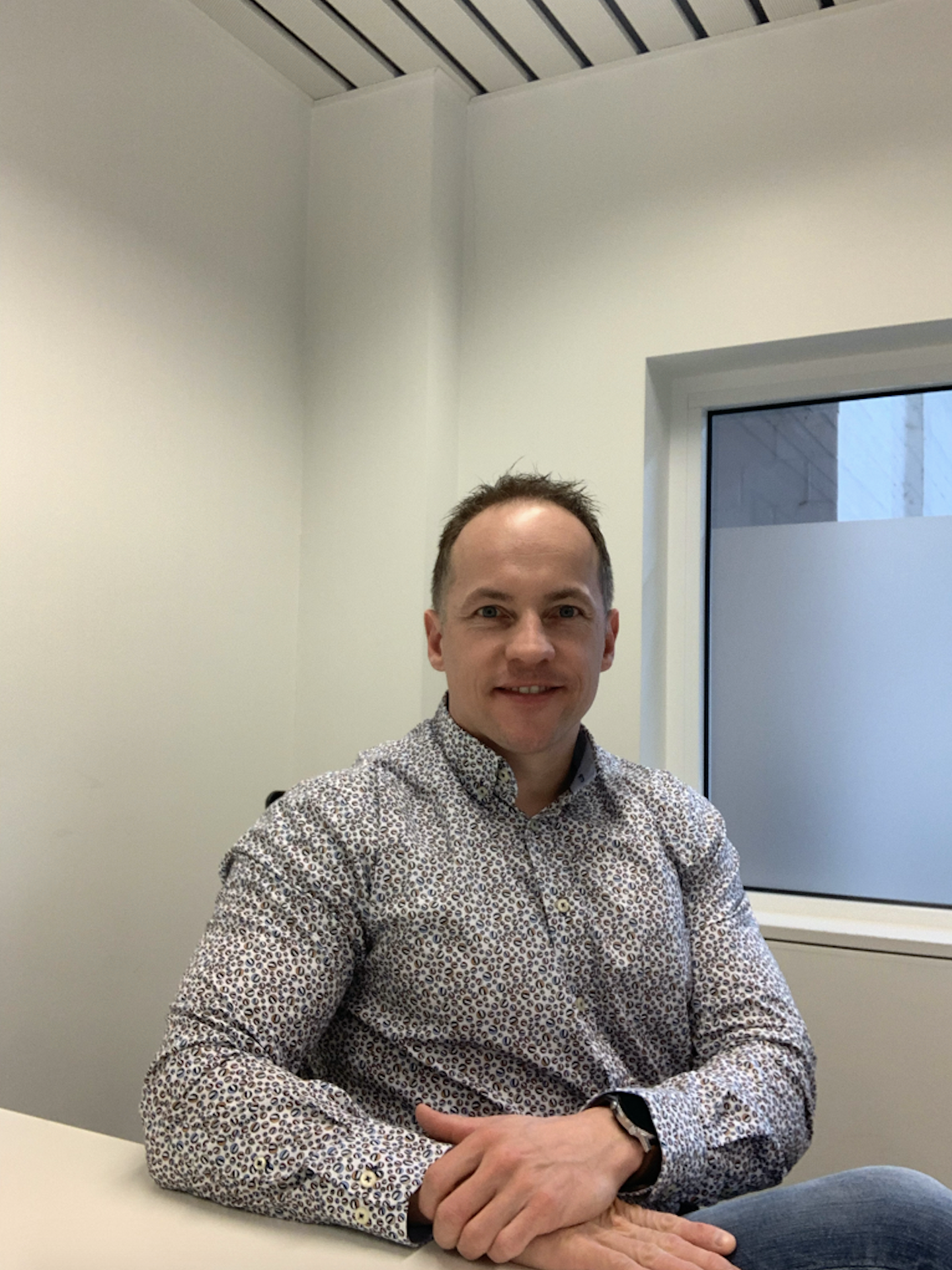 JDN has more than 6,000 employees in all corners of the world. Smooth communication with the home base and a good internet connection are crucial. To renew this IT infrastructure, David De Boom - ICT Team Manager at JDN - was looking for a partner that could help. Enter Axxes!

Hi David! How long have you been working for JDN?

In September 2021 it will be 15 years. I have been ICT Team manager for five years now, before that I was a System Engineer for eight years. In the latter role, I was responsible for everything to do with data centres, virtualisation but also end-user computing. My career with this company started when I was a helpdesk employee in the team of which I am now manager. For two years, I did installations at home and abroad.

Then you are the perfect person to talk about JDN's specialisations.

That's right! Our most important assignments revolve around everything that has to do with ships. Think of dredging and maintenance work, which is our biggest branch. In countries like Argentina and Ecuador we have contracts to maintain and dredge the fairways. We work everywhere, from the Panama Canal to the Westerschelde.

In addition to dredging, we also focus on land reclamation and building islands. A good example is the expansion of land in Monaco. We are putting up a lot of wind turbines these days. This offshore market has grown enormously. We also lay internet cables in the sea, connecting one continent to another. In fact, you could say that we do pretty much everything that has to do with ship industrially.

A few years ago you started a major project together with Axxes. What help did you require?

My first task as Team Manager was to reorganise the team. At that time we only had seven employees working on the installations at home and abroad and we were running a little behind with our work. The team was busy with maintenance on our 90 ships and completing tickets, among other things. It was my job to restructure the team and catch up.

Our engineers created a 'standard' that brought more deduplication on board via, among other things, local backups and a fully developed virtualisation. This then had to be implemented in a very short time, namely 2.5 years. In practice, this meant that we had to replace all hardware at each location, but with seven people that is not possible.

By locations, you mean the 90 ships?

That's right, plus 20 offices and about 30 to 40 temporary sites. So a total of about 150 locations, with the focus on the ships and the local offices. We were given until the end of 2019 to do this, so we needed extra people. Finding internal people is possible, but it takes a lot of time. There aren't many IT people who want to do this either. You walk around with overalls and work boots, that's a different kind of technician than the standard IT person and they are scarce. So we looked for and found a partner in Axxes, who was able to help us find extra engineers.

How did the cooperation start in practice?

Marloes - Account Manager at Axxes - got to work immediately. At first it was a bit of a search for the right profile. We do work with people that are second line, but they have a technical level that is closer to System Engineers. They have to know everything that is on board: firewalls, switches, virtualisation, storage, servers, etc. Because more and more security is involved, it is really not an easy task.

That's why we really need people who have that knowledge to be able to do it. The plan was to have two people from Axxes start work every two months, so that we could train them here. They were trained in pairs, until eventually we had 11 consultants from Axxes. My team was much bigger in one fell swoop.

Did you help choose the consultants?

Yes. You hold interviews in the same way as you would when looking for internal people. If those people are technically good, ask the right questions and give the right answers, then it is just a matter of starting the training. Marloes always managed to introduce the right people.

What was the next step?

After the training, the engineers go on site and then return for ticketing. They document everything they did on site, after which we move on to support. At that point, they join the rest of the team and handle support tickets, requests or incidents and help prepare material to be sent.

In turns, they always go through that course. Then they go to the next location. This is all done in turns. I also try to divide the trips as well as possible so that everything runs in parallel. I always treated the external people as if they were internal.

The auxiliary staff at Axxes are very flexible - which is also necessary in this job. If I ask them to leave at 6 am, they do. They also get a lot in return: if they call today to ask for a day off, that's no problem. So it works both ways.

Has the cooperation been completed in the meantime?

Yes and no: the initial project was completed six months earlier than expected, but we still have three Axxes consultants assisting us. In the beginning we had meetings at least once a week, now it's once every two weeks. At these meetings we go over the planning and look at the timing on the basis of graphs. Projects like this are challenging because you have to train the external engineers first, but now that the experts from Axxes have been trained we know we can count on them.

Curious about more projects within Infrastructure?

Check out our case at Aspex.